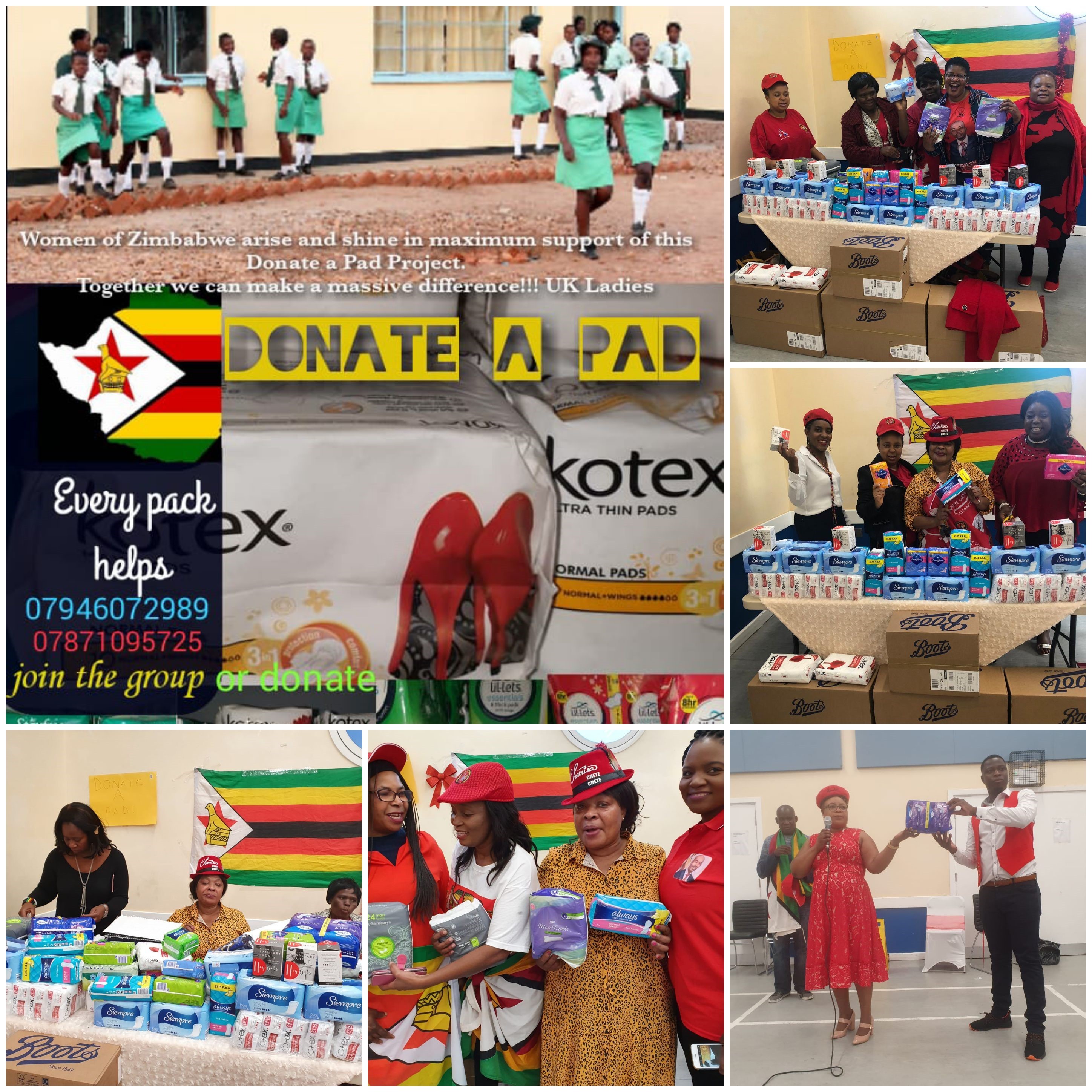 All donations received will be distributed in Zimbabwe under the leadership of MDC Vice President Karenyi-Kore who has been leading on this when she made a rallying call in the Parliament of Zimbabwe and spoke on the plight faced by girls which leads to poor classroom attendance.

Many women in Zimbabwe are too poor to buy sanitary pads. Sanitary wear is imported, so the price rises with the exchange rate of foreign currency, it is a real challenge for girls and women. For poor Zimbabwean girls, when monthly periods come, some girls have to dismantle home-made pillowcases and pick out pieces of the worn stuffing or old cloth, which they use in place of sanitary pads they cannot afford.

Menstruation means missing school because neither the girls nor their parents are able to afford sanitary pads, these are now retailing at RTGS75 equivalent to £3.41 in the UK.

With many schoolgirls too poor to buy the sort of basic products most teens take for granted, they rely on teachers’ donations, torn strips of cloth, plants and old newspapers.

Zimbabwe’s mounting cash shortages have added to the growing sanitary-wear poverty. Up to 2016, a packet of sanitary pads used to cost one dollar. Importers of sanitary wear have not helped matters either – their prices are exorbitant.

The current regime shows no empathy in this matter and Finance Minister Mthuli Ncube was quoted as saying ‘of course they must pay for their goods with dollars too’. The retailers therefore feel that the pricing of the sanitary wear is justified.

Unfortunately, due to sanitary-wear poverty, poor girls and women have become prone to sexual exploitation. Girls and women who are poor now just sleep with anyone just to raise enough money to buy sanitary pads to prepare for their next menstruation.

A 2015 survey by the Ministry of Women revealed that 20 percent of girls miss school due to period pain while 67 percent miss school due to lack of pads and 26 percent stay home because of heavy flows during menstruation. Most sanitary pads in Zimbabwe are imported from neighbouring South Africa.

We need your help

We use cookies to ensure that we give you the best experience on our website. If you continue to use this site we will assume that you are happy with it.Accept CookiesPrivacy policy